The Value of People in Customer Service Organisations One of the nicer traditions I have come across in recent times was explained to me by the Head of Customer Service in a leading health insurance provider. Each week, members of his customer care team are given a number of greeting cards. These cards are left blank so that the customer care team can hand-write a message and send the card to any customer that the agents speaks with during the week. Being a health insurance provider, the customer care team deal with people in many different emotional states, and cards are sent to people who are having a tough time and need a lift, people who are celebrating a new arrival into their family, and anyone in between.

When I asked how the agents determine who to send the cards to, the response was fairly straightforward:

Well, they send one whenever they feel like it’s the right thing to do

People have an innate ability to place themselves in the shoes of other people. We are tuned to not only be able to understand another person’s mental state, but also to know what may help improve that mental state if the person is distressed. This is one of the key attributes that makes humans, well, human.

Humans have evolved to be social creatures. As far back as 2.6 million years ago humans were sharing resources such as tools and food in groups. Sharing in groups provided a key evolutionary advantage in being social and led to more formalised tribes and ultimately into the society we live in today. While there are various definitions of these socials skills, they will be referred to here as social and emotional intelligence.

Social and emotional intelligence relates to our ability to read social situations and cues from other people and react accordingly. These abilities are what allows us to pick up on the language or tone used by a customer and determine that they are worried (and need reassurance), angry (and need to be placated), sad (and need to be cheered up), embarrassed (and need to be treated delicately), or happy (and can be joked with). Reacting incorrectly by, for example, making a joke when somebody is angry, has the reverse impact and can lead to an escalation of the situation.

As a great example of innate social intelligence, blushing with embarrassment seems to be a uniquely human trait.

We have all been in situations where we have said something we shouldn’t have (some more than others!) that have caused us to blush. While plenty of animals exhibit physical changes to react to others around them, blushing is based almost entirely on what we think those around us are thinking. We often blush even if nobody around us has said or done anything differently, just because we think they are thinking something about us. As quoted here:

Embarrassment is a highly complex emotion that requires knowing what others are thinking about you, which may well be beyond the ken of any other species.

Hans Moravec, an AI researcher at Carnegie Mellon university, coined ‘Moravec’s Paradox’ to summarise the challenges that are faced with when attempting to learn human traits like this. The paradox states:

“it is comparatively easy to make computers exhibit adult level performance on intelligence tests or playing checkers, and difficult or impossible to give them the skills of a one-year-old when it comes to perception and mobility”

Of course, it is important to remember that these systems don’t ‘understand’ anything. They are trained to learn what ‘positive’ or ‘negative’ sentences look like by being shown thousands upon thousands of positive and negative examples. A machine learning model will then ‘learn’ to pattern match any new sentence against the training examples.

The pattern-matching approach of AI systems is a core reason why detecting humour and sarcasm is an even more difficult challenge for AI models. Many aspects of humour and sarcasm require higher-level knowledge that is not present in the actual words of the text. While it is easy to understand how a comment like “Your on-desk personnel were highly rude and insulted my intelligence” as a negative comment, a comment like “I love the way your packages arrive 6 hours after the suggested time. Sure why would I want to leave my house anyway. Great stuff!” will be picked up as a rave review. As humans, we naturally understand the frustration that would exist in having to stay and wait for a package and therefore conclude that the person is being sarcastic. AI models will not have the higher-level cognitive knowledge and therefore assume from phrases like ‘I love the way’ and ‘Great stuff’ that the comment is positive.

Social or emotional intelligence are difficult things for computers to do well, but comparatively simple for people to do well. We have evolved over millions of years to be social animals, and have been perfecting these social skills since birth. 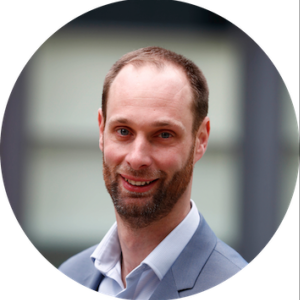 Bart Lehane Ph.D. is the CTO of EdgeTier. He is more excited about technology and enhancing customer support than he lets on.

Stop battling your data for answers. Let EdgeTier AI find the solutions hidden in your data.

Schedule a demo with our customer experience experts to find out how.